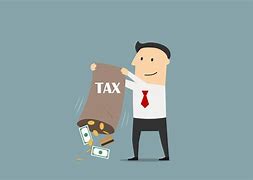 Tax his land, tax his wage, tax the bed is which he lays

Tax his tractor, tax his mule, teach him taxes is the rule

Tax his cow, tax his goat, tax his pants, tax his coat

Tax his tobacco, tax his drink, tax him if he tries to think

Tax his booze, tax his beers, if he cries, tax his tears

If he hollers, tax him more, tax him ’til he’s good and sore

Tax his coffin, tax his grave, tax the sod in which he lays

Put these words upon his tomb, ‘Taxes drove me to my doom’

And when he’s gone we won’t relax

We’ll still be after the inheritance tax !

With the Spring Budget due on Wednesday, there are all sorts of predictions about including tax rises as well as extensions to the Job Retention Scheme and stamp duty holiday.

I’ll be on hand to update you further later in the week but in the meantime, if you or anyone you know needs help with their tax affairs let them know that I can help and that the first meeting is free.